HOW TO “HOLD IN MIND WHAT YOU WANT”

You’ve heard Lester’s advice, “Hold in mind only what you want and that’s all you would get.”

But realistically, how do you do that?

Here’s an example (from Sports Illustrated, February 8, 2010 by Tim Layden):

Lindsey Vonn, America’s best woman skier ever, skis the Olympic downhill race in her mind…” balanced with each foot on a nylon slack line suspended three feet off the pebbled orange rubber floor. She is crouched in an aerodynamic tuck, her hands thrust out in front of her chin. She closes her eyes imagining she is on the downhill course at Whistler.

She begins shifting her weight rhythmically from one foot to the other as if executing high speed turns on a Canadian mountainside more than 5,000 miles away.

She exhales and inhales forcefully, mimicking the aerobic demands of high-speed racing alternately gliding and turning. Close your eyes with her and you can almost hear the chattering of snow beneath skis.”

She finishes and says, “ I love that exercise. Once I visualize a course, I never forget… exactly the run I want to have. I control my emotions and just make it routine.”

That’s how you hold in mind what you want.

You work up the picture in your mind, with as much detail as possible of your goal already accomplished. See it, feel it, touch it, as if it’s yours now.

You can see why. Think of a goal. Now check your feeling about it.

Often our feeling is one of lack. I don’t have it. So, no matter how wonderful the picture you have, if your feeling is lack, you will not get your goal. This is the place some people resist and say something like, “I can act like I have it, but I don’t really mean it.”

Here’s an example. I allow myself to have a have cash flow of at least $XXXXX a month or more with ease by releasing. No matter how much visualizing you do, if your feeling of having $XXXXX is, “I don’t have it,” you will not materialize it.

If you’re holding on to a lacking feeling, you’re sure to continue not to have it. So, what do you do?

Fake it ‘til you make it.

What does that mean? That means working up the picture and feeling that you have it. Remember Lindsey’s story. She’s feeling the racecourse, as well as seeing it.

At first, when you begin your goal, you could feel the lacking feeling, “I do not have it.” That’s where you start releasing. You release whatever you’re feeling in that moment. You bring it to wanting approval, wanting control or wanting to be safe, and you release.

Surely Lindsey, the first time she started seeing and feeling that mountain, had some uncertainty. So what? She kept going.

You persist with determination, holding the feeling you have it, until you have your goal accomplished.

Fake it ‘til you make it, is the process of holding the feeling of having and releasing feelings to the contrary.

And you keep at it throughout your day, or as long as it takes. When lacking feelings come to mind, you simply release, and replace those feelings with having feelings. Hold in mind the feeling of having your goal.

And keep on it until you win your race—until you achieve your goal.

The wanting blocks you from having. When you feel hootless—you’ve let go of all wanting—it’s important to continue to hold in mind that you have the goal, “I have it. I can do it!”

When you feel hootless, check where you are on the Scale of Emotions. Hootless means you’re in CAP. You see it, feel it, touch it, as if it’s yours now. CAP, while more and more subtle as you move to Acceptance and Peace, is an active feeling.

Hootless doesn’t mean you’re in apathy. Apathy is a passive, do nothing feeling. When you’re hootless and in CAP, action may or may not be required.

Lindsey continued practicing her ski runs. You may need to continue to practice. Intuition will tell you what if anything you need to do.

If you feel the goal is complete and nothing needs to be done, check to see where you are on the Scale of Emotions. If you’re in CAP with the feeling of you have accomplished the goal, you have it. You are right where you want to be for the goal to materialize. Just like Lindsey, you have control of your emotions, no wanting and a feeling of having.

Remember, Lindsey still needed to go up on that mountain at Whistler and do the race to accomplish her goal. Keep going until your goal is accomplished.

You can spend 30 days practicing the art of having your goals in the Financial Freedom & Life Mastery Telecourse, July 28 – August 28.

Just like Lindsey, who hired the best coaches to help her reach her goal of becoming a world champion, you will be coached by seven highly-trained instructors, committed to one thing only – doing whatever it takes for you to achieve your highest goals.

You’ll discover how quickly and easily it is to live life in CAP, knowing you can accomplish any goal, live any lifestyle, you decide to have – from here-on-out.

Join us for the 30-day Course and let’s get you to victory! 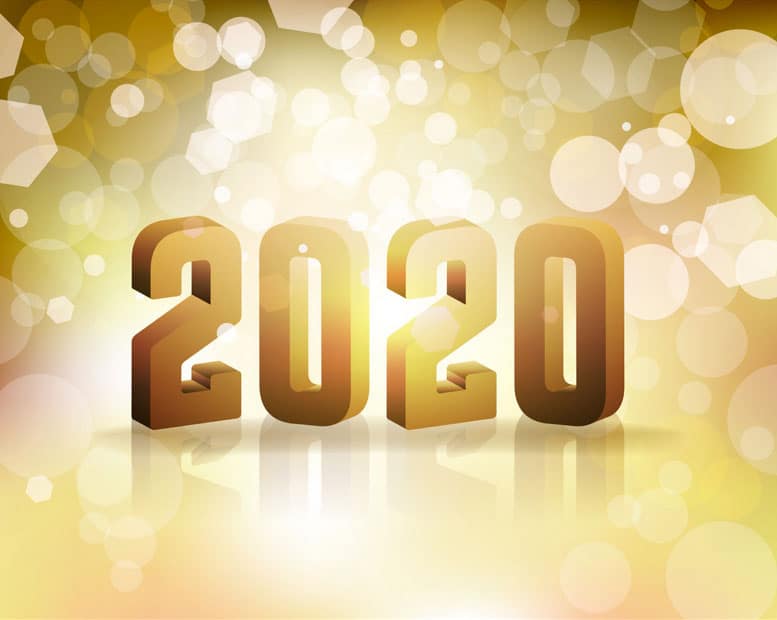 Are you ready for the 2020 to be the best year of your life?

Have you already decided to go for happiness, financial success and a real sense of health and wellness in your life?

If not, what is stopping you?

Remember, only a fool expects a different result by doing exactly the same thing over and over again. You might be thinking: “Perhaps this year will be somehow different. Perhaps this year something will change for me.”

The truth is, if you haven’t let go of all your negative blocks it is highly unlikely something will change.

And if you haven’t been able to master your life by now, perhaps it’s time to do something different and surrender to the power of releasing!

If you are really serious about experiencing a massive amount of abundance in 2020, you will be happy to know that we are organizing brand new 7-Day Success and Life Balance Retreat in Orlando, FL.

During these 7 days you’ll discover how to “erase” the biggest (most insidious) stumbling block to having, being and doing WHATEVER you really want in your life…with a system we have rarely shown to anyone before.

You will learn from us exactly how to “Lesterize” your goals.

Why are we offering to teach you this?

The answer is simple.

The more graduates become successful in all areas of their lives, the more the Method will go out to the world.

You already know that releasing unlocks abundance. It is a proven fact, time and time again.

Releasing reverses all lack and limitation.

Anything is possible — when you’re fully released on it.

And where better to release all your negativity but in a group of like-minded individuals getting together at a beautiful place and being fully committed to freedom!

We invite you to join us and take the next step by participating in the brand new 7-Day Success and Life Balance Retreat in Orlando, FL.

See, when you can “let go” of, and dump all of your stumbling blocks within you… YOUR LIFE WILL CHANGE FOR THE BETTER… so FAST… you’ll wonder what happened!

And when you do, you’ll discover how, by simply dropping your mental viruses and “getting out of your own way”… ALL YOUR GOALS WILL COME TO YOU for the mere effortless thought of it.

If you do that, and ONLY that — your life will change for the better in ways that will seem truly miraculous to you.

It is time to prove to yourself that you can choose the life you want to live.

It doesn’t matter if you’re new to releasing or if you’ve successfully been doing it for years.

You’ll discover just how powerful you can be when you get the right tools in your hands and generate life-changing momentum.

You will learn from others who actually did it for themselves and who will show you how to achieve the same success yourself.

Make a smart decision, join us and let’s make 2020 the best year ever!

In a couple of short months from now, you will be so happy that you decided to do it.